Every year, automakers take “new year, new me” very seriously and 2018 is no exception. Between new styling and new models, there are already a handful of cars that have won over our hearts. Below are the top 5 cars we look forward to seeing on showroom floors this year!

The Camry has historically been seen as a roomy, dependable commuter with little drama in terms of styling and performance. This year, Toyota turned up the dial to keep up with its ever growing competition. A contemporary but aggressive exterior is complemented with a well featured, comfortable, and spacious interior. Performance figures are more than respectable for the segment, with an optional V6 cranking out a whopping 301 horsepower. This serious change in pace is something to look forward to at your local Toyota dealer. Prices start at $23,495 but can easily climb to the $40,000 range when optioned out.

Over the last few years, Dodge has taken performance to a level not previously seen in production cars. First, it was the Challenger SRT8 that brought Dodge back as a serious pony car contender, then the 707 horsepower Hellcat blew our collective minds with the most bang for your buck the industry has ever seen. This year, the Challenger is offered with the aptly named Demon label. With up to 840 horsepower, a 0-60 time of 2.3 seconds, and a factory quarter mile time of less than 10 seconds, the Demon is the world’s most powerful production car. While the $84,000 starting price may seem hefty, it’s pennies in the realm of 800-plus horsepower supercars.

While the rest of the world has had the Ford EcoSport for years, 2018 is the first year the American market will see it on the road. It’s no 840 horsepower drag car, but it’s heavily anticipated this year for good reason. Ford has managed to cram all of the benefits of an SUV into a compact, affordable, and economical package. Rugged styling, ample cargo space, seating for five, and a generously equipped cabin can be bought for less than $20,000. Even the fully-loaded, four-wheel-drive SES trim caps out at $27,000, all while saving your wallet at the pump by maintaining nearly 30 MPGs. The EcoSport is sure to bring in a younger market to the Crossover/SUV segment.

It was only recently that Alfa Romeo returned to the American market, but talk about a comeback! The 4C reminded the world of what a true sports car should be, while the Giulia brought Italian luxury to the American middle class. Now, Alfa Romeo is debuting its luxury crossover, the Stelvio, with its performance trim, Quadrifoglio. Though the Alfa Romeo Stelvio Quadrifoglio is quite a name, if it’s anything like its Giulia counterpart, it will be quite a car. Sporting 503 horsepower, it appears that the Italians are throwing their hat in the ring with the Germans in terms of performance SUVs. With a starting price of $77,000, it certainly falls in that same pricing category.

Long gone are the days when the Kia brand was considered to be nothing more than laughable, and to prove it is one of the most anticipated cars of the year, the Stinger GT. Designed to compete with german performance sedans like the BMW 4-series, Audi A5 Sportback, and Mercedes C-Class, Kia has introduced its very own sport-luxury sedan. Thus far, preproduction reviews are overwhelmingly positive as the Stinger is lighter, more agile, and more affordable than other cars in its class. Costing less than $40,000 with 365 horsepower, car enthusiasts everywhere are eagerly awaiting the arrival of the Stinger GT on Kia’s showrooms.

Love your new car? Check out our car care subscription options and never worry about scheduling a wash again! 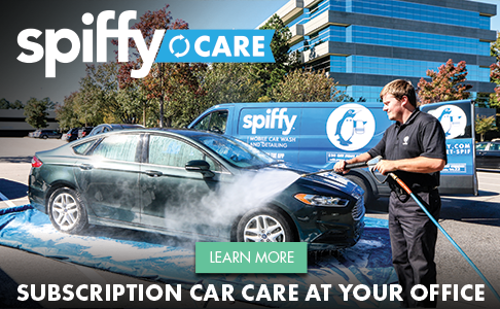