posted 13 November, 2019 by Jackson Balling
News, Fleet, Vehicle 2.0
We ended last week with another exciting announcement! By acquiring Your Location Lubrication (YLL), we’ve effectively doubled our capacity to offer preventative services and mobile oil changes for fleets in 20 major markets.
Our CEO, Scot Wingo, welcomed Zach Zeller, CEO of YLL and SVP of Fleet Business Development at Spiffy, onto the Vehicle 2.0 Podcast to discuss the acquisition and how our combined forces are uniquely suited to support fleets across the country. Give it a listen below!
In case you missed last week’s announcement, here’s a collection of articles and interviews from various press outlets for your reading pleasure! 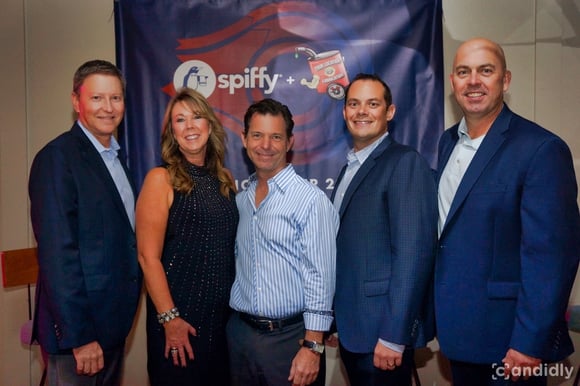 WRAL TechWire: Exclusive: Spiffy’s Scot Wingo talks about doubling the size of his company overnight
“Get Spiffy has doubled in size overnight. The on-demand car care, technology, and services company — founded in 2014 by Scot Wingo of ChannelAdvisor fame — announced today that it has acquired another one of its main competitors, Your Location Lubrication (YLL). That now means Spiffy will be operating in 20 markets with more than 200 vans and 300 technicians. WRAL TechWire’s Chantal Allam recently had a quick chat with Wingo about this latest development, and his future plans for the company.”
“We found that this fleet opportunity is really big. We started with consumer, and we still do that. But as we’ve gotten into this fleet opportunity, we found there was one competitor out there that was going at it almost the same way, but it actually had some pretty cool proprietary technology that allows them to do four to six services in an hour. We can do kind of do two an hour. We just had a lot of respect for them as competitors and ended up kind of talking to them and saying, “Hey we could just kind of fight it out for a while, or we could join forces. Let’s do that.”
Auto Remarketing: Spiffy acquires YLL, expands fleet offering to 20 markets
“With the purchase, Spiffy — which offers on-demand car care and FMaaS services — adds the high-volume oil change system, technicians and fleet of YLL.”
“This purchase follows Spiffy’s July acquisition of ongoing Dallas operations from NuWash. That acquisition gave Spiffy the ability to provide on-demand car washing, detailing, oil change and other automotive maintenance for the more than 200 office park and multi-unit residences previously serviced by NuWash.”
GrepBeat: Spiffy Doubles Its Size Overnight With Acquisition Of Orlando’s YLL
“Wingo is excited by the deal, even as he conceded that Spiffy could do more to time its major acquisitions with GrepBeat’s standard Tuesday/Thursday publication schedule. (We kid, we kid. Though we really did tell him that.)”
“That’s also translating into dollars for Spiffy, its local executives and employees, and, most likely, eventually for the two aforementioned Triangle-based VCs. In other words, it’s another positive for the region’s startup ecosystem as a whole.”
Automotive Fleet: Spiffy Acquires Mobile Oil Change Provider
“With the buy, Spiffy expands its fleet management as a service offering. The company, which is based in Research Triangle Park, N.C., now operates in 20 markets.”
“YLL has expanded its footprint in the past 10 years since its founding in 2009 in Orlando, Fla., by Zachary Zeller. It has been named to the Inc. 5000 five times and has grown 190% in three years.”
Raleigh News & Observer: After buying a rival, this Durham car-servicing startup will double in size
“Spiffy, whose customers can order car washes, oil changes and other services via an app, has increasingly found its growth to be in servicing large fleets of cars, like ones owned by rental companies.”
“Its acquisition of the company Your Location Lubrication (YLL) means it will jump even further into that segment by adding YLL’s high-volume oil change system, team of technicians and fleet of vehicles.”
“By raising capital, it put us in a position to grow across several dimensions — new geographies, new services and of course acquisitions,” Wingo, the former CEO of ChannelAdvisor, said in an email. “We looked at this closely and the cost to compete with YLL was greater than the cost to acquire, so [we] chose the buy versus build option here.”
Hypepotamus: On-Demand Car Service Spiffy Doubles In Size With New Acquisition
"Spiffy, a North Carolina-based startup specializing on on-demand car care services and technology, has announced the acquisition of Your Location Lubrication (YLL), a Florida-based company focusing on high-volume rental car preventative maintenance.

The acquisition, which more than doubles Spiffy’s size, adds YLLs’ innovative oil-change system, technicians and fleet to Spiffy’s Fleet Management as a Service services. "
2019 is starting to wind down, but our team at Spiffy is focused on making 2020 our biggest year yet.
If you’re interested in a mobile preventative maintenance solution for your fleet, then be sure to learn more about our Fleet Management as a Service offering today! 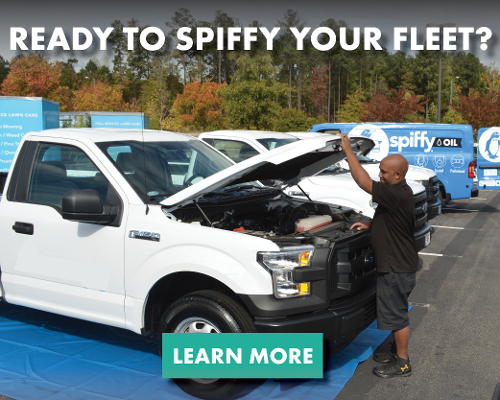 Jackson was Spiffy's Content Marketing Manager from January 2019 to July 2022 and brought over five years of professional experience in creative copywriting, audio production, and video editing to the Spiffy Marketing team.
Find me on:
LinkedIn