One of the strengths of our franchise model is how it can appeal to a wide array of owners. In the case of Arthur Hill in Wilmington, NC, he was able to take an existing six-year-old mobile detailing business and level it up completely. Now, with a recognizable brand and plenty of support from our team in Durham, Arthur and his business partner Worth Merritt are eager to expand throughout the Port City.

We spoke with Arthur about what brought him and Worth together as franchise partners, Arthur’s long career in the detailing industry, and how Spiffy has helped expand their business. This interview was conducted before their Wilmington, NC franchise launch on December 3, 2021, and has been edited for clarity. You can download the full version here or via the “Download Here” button below.

Tell us your story; what was the road that brought you to Spiffy?

Arthur: I've been in the detailing industry for about 25, 27 years now and it started with car washes. I worked at a carwash when I was in school. Once I finished high school and started college for a little bit, I continued to work and became an Assistant Manager, then General Manager.

So I went off on my own, doing mobile detailing. That started out really well, just working by myself. Eventually, I was looking to hire some employees, but they just didn't work out. So my solution was to continue working by myself and focus on the higher-end clientele. I've been doing that for the last six years, which worked for me.

I've got a great clientele base. I do a lot of work with everyone here in Wilmington, specifically some of the higher-paid professionals and owners around town, and have developed a great relationship with them. In terms of bringing Spiffy into the mix, it was Vinton [Fountain, co-partner] who turned me on to the idea. As I learned about their franchise model, it was pretty much everything I wanted my business to be. That's how I end up where I'm at, then [Vinton] got me in touch with Worth and history goes on.

"[W]ith Spiffy, I’m able to keep stuff like Marketing or scheduling off my plate, so that I can be focused on doing good work and spreading the word to new customers."

What has your experience with mobile services been like, both before and after your decision to franchise with Spiffy?

Arthur: Compared to a typical car wash, it’s much more focused. At the end of my time running traditional car washes, I had three different locations, so I was going from one to the other all day. There was nothing I was actually focused on specifically, I was pretty much like an owner doing everything from maintenance and managing to supplies ordering and paychecks. The only thing I didn’t really do was put money in the bank.

Coming to where I’m at now with mobile services, I’ve basically been doing the same thing but on a smaller scale, since it’s been me working solo for a while. Except I’ve been able to take a breath when it feels like I’m doing too many things at once. Now, with Spiffy, I’m able to keep stuff like Marketing or scheduling off my plate, so that I can be focused on doing good work and spreading the word to new customers.

Since you have such an impressive history in car detailing, did your training experience feel like you had to relearn things you’ve done for years, or was it more aligned with your experience?

Arthur: It fell right into place. Everything that we did before coming to Spiffy was pretty much the same thing. Maybe the chemicals that I've used were different because I have a different array of chemicals. As far as doing the work, the steps are basically pretty much the same all the way across the board. The way of doing things is basically the same. So I just took that and made it into my own. 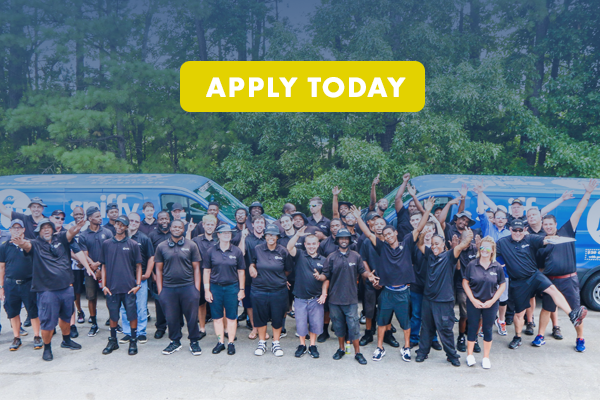 Now that you're with Spiffy, you're able to have a more focused role and you're looking to expand your labor force. How has that been going for you?

Arthur: Since we've been out there, it's a lot of attention. I have one guy right now and he's eager, I just got off the phone with him yesterday because he's really looking forward to it. It's a lot different from me out on my own. With that being said, I think as far as expanding in the labor force, it's going to work. There's no problem once they see those vans, the logo, and how those things stand out. We're good to go.

Thank you so much to Arthur for chatting with us about their experiences launching a Spiffy franchise in Wilmington, NC. It’s a thrill to help small mobile detailing companies elevate their operations by franchising with us.

If you’re interested in booking a car wash or detail with his crew, click here to get started with $20 off your first service.

If you’re looking to learn more about starting your own Spiffy Franchise, contact us today!